A team from Emory University and the World Health Organization published a literature review examining health outcomes of sanitation workers in the 2022 International Journal of Hygiene and Environmental Health. Given the working conditions and the potential exposures to hazardous materials, understanding the exact risks that sanitation workers are exposed to is vital in improving their wellbeing. While most parts of this field need significantly more study, the three populations identified by the literature review that need the greatest amount of work yet are women, informally employed workers, and workers in low-income nations. 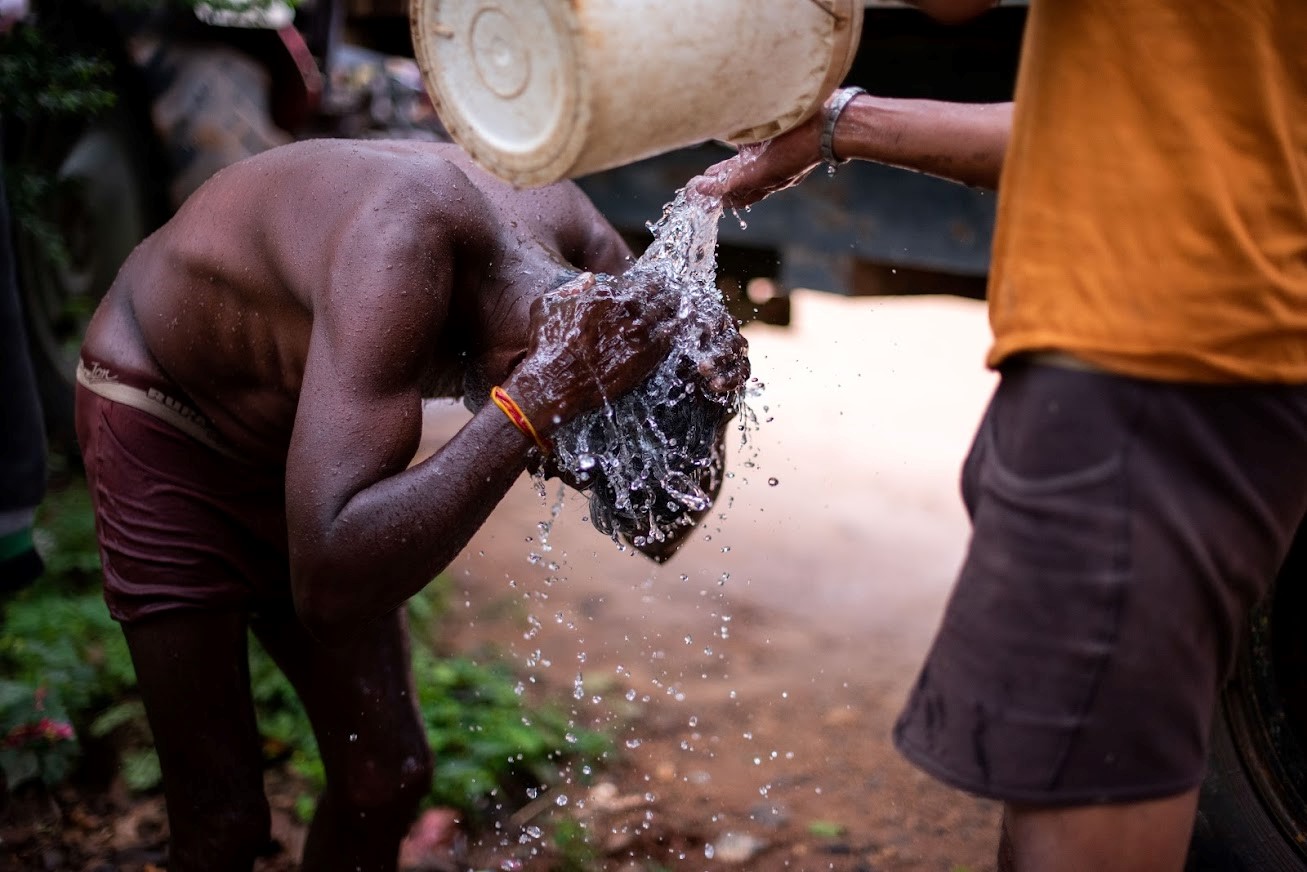 The people who do sanitation work are vital in maintaining the health and wellbeing of communities, yet these workers are often invisible to the people and society around them, putting them at greater risk of disease, injury, and death. News reports about fatal incidents, nonprofit organisation reports, and narrow academic case studies are widespread. But even with this work, the global health research community is still unsure exactly how and how much sanitation work impacts the health of the workers. Enough research exists, however, to indicate that sanitation workers are at increased risk of gastrointestinal and respiratory conditions and that they may have an increased risk of musculoskeletal and mental/social health conditions.

These are the main conclusions from a systematic literature review by a joint team from the Rollins School of Public Health at Emory University in Atlanta, Georgia, and the Department of Environment, Climate Change, and Health at the World Health Organization. This WHO and National Institute of Environmental Health Sciences (USA) funded study was published in the International Journal of Hygiene and Environmental Health earlier this year.

The term “sanitation worker” can encompass a wide range of individuals and occupations, from solid waste collection to public health work. However, this project reviewed occupational health studies that examined people who are engaged in all stages of the sanitation chain. As the 2019 assessment report by the World Health Organization, the World Bank, the International Labour Organization, and WaterAid defines the term, “sanitation workers” refers to “all people—employed or otherwise—responsible for cleaning, maintaining, operating, or emptying a sanitation technology at any step of the sanitation chain.” The “sanitation chain” refers to any step of the process of human faecal waste containment and treatment. 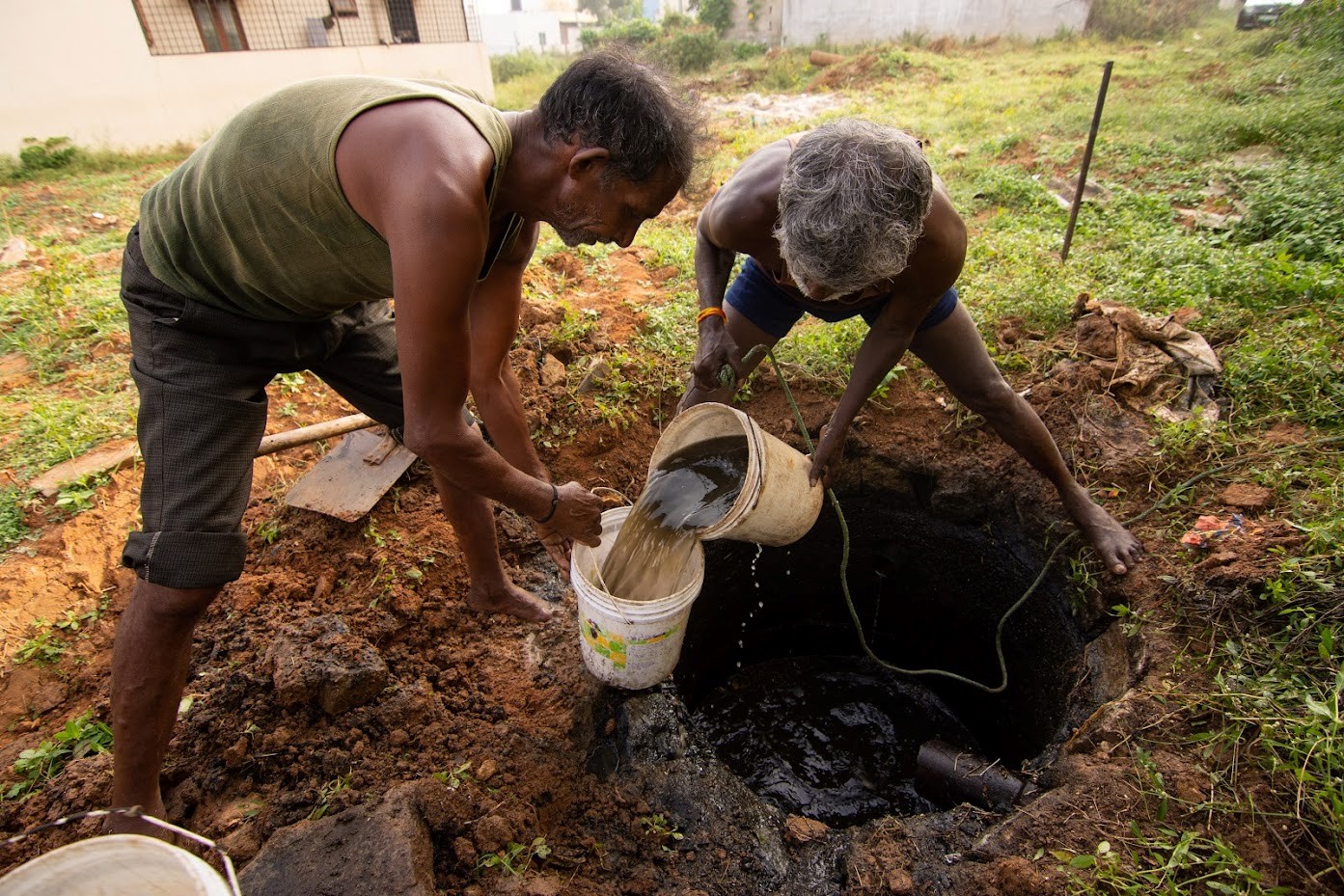 The team, led by the Rose Salamone Gangarosa Chair in Sanitation and Safe Water Dr. Thomas Clasen, combed scientific journal databases back to the 1970s for studies that quantitatively examined health outcomes among sanitation workers around the world, from Uganda to Norway. (Any studies looking at children under age 15 were excluded.) In the end, a total of 65 studies (9 cohort studies and 56 cross-sectional studies) were analysed and reviewed by the team.

Probably the first important observation is that the studies and their results have a high potential for bias and confounding factors, are inconsistent in their methods, and study wildly different groups.

The team was unable to pool analyses because study designs, definitions, populations, settings, and metrics were so radically different from each other. In their assessment of the biases, most of the studies were rated as having a high potential for problems—many studies demonstrated selection bias, did not have rigorous inclusion or exclusion criteria for workers, or relied on personal recall to measure health effects.

As an example of the mixed evidence, in the three studies that looked at standardized mortality ratios (SMRs, or a number that compares the mortality rate of sanitation workers to a population with comparable age groups), one study found that being a sanitation worker increased mortality, one showed no effect, and another showed decreased rates. This lack of consistency in study conclusions is a result of a lack of consistency of both the methods and the context of study. Given these flaws and weaknesses in the collected studies, it’s incredibly difficult to get a clear picture of the effects that sanitation work has on the workers.

The range of countries that were studied also makes generalizability challenging; studies were conducted in massively different countries, like Switzerland and Uganda. While sanitation workers may exist in both places, the social, political, and economic settings shape the working conditions to be very different.

“More and better quality studies are needed, especially in low- and middle-income countries to better understand and quantify potential health risks,” says Sophie Boisson, an epidemiologist and sanitation specialist at WHO.

Many of the examined studies found elevated risks of gastrointestinal conditions and respiratory problems. A few studies indicated that sanitation workers may be at elevated risk for musculoskeletal problems and behavioural health issues associated with the difficult and sometime degrading conditions of the work or accompanying social stigma.

Of the 65 studies included in the review, 39 studied gastrointestinal conditions as a key outcome. Four studies suggest increased rates of bacteria-related gastroenteritis among sanitation workers. Four other studies found higher rates of intestinal parasitic infections, but one of those carried out in Vietnam found that the effects were inconsistent year-to-year, potentially because of variability in hygiene practices. Four different studies examined occupational exposures to hepatitis E virus. While two studies found elevated risk for hepatitis E exposure among the sanitation workers, two other studies found no clear link between sanitation work and hepatitis E exposure. However, those two studies were conducted in Switzerland, where the workers had personal protective equipment (PPE), training, and highly functioning sanitation systems.

Of all of the health outcomes measured, the only one the research team considered pooling in a meta-analysis was hepatitis A infection, with 12 studies reporting on it. The pooled odds ratio was 2.09 (95% predicted interval, 1.39-3.00), meaning that compared to non-sanitation workers, the existing analyses suggest that a sanitation worker is almost twice as likely to be infected with hepatitis A.

Probably the most common set of negative health effects studied in the literature are  related to respiratory conditions, such as bronchitis, cough, nose irritation, wheezing, asthma, pulmonary function, bronchial hyperresponsiveness, chronic obstructive pulmonary disorder, and pulmonary tuberculosis. Of all the outcomes measured, this set has one of the most consistent findings, with most of the 27 studies included in the review finding negative effects for sanitation workers. However, the exact route of exposure is sometimes unclear, with two studies indicating that the respiratory problems could be because of smoking. In different qualitative or anecdotal accounts in India, workers have reported smoking and other forms of tobacco use to cope with the smells and disgust of the work.

Four studies looked at musculoskeletal conditions among sanitation workers, whether from the stress of bad posture or heavy lifting or, in the case of one of those studies, an exposure to cadmium, which can lead to body aches.

Mental health and social conditions were only reported in four of the studies included in the review. A 2006 study found that among sewage workers in Paris, increased alcohol consumption contributed to an elevated rate of mortality. This maps onto anecdotal and qualitative evidence from countries such as India, where sanitation workers resort to alcohol to numb the horror of working with raw sewage.

Having effective, sustainable, and ethical sanitation systems requires that the people operating and maintaining these systems have safe and dignified working conditions that minimize the risk of injury, disease, death, or any potential social and mental impacts. Clasen and his team’s review highlights the fact that there is a long way to go before the health impacts of sanitation work are well understood and quantified. Filling these gaps is vital to both raise awareness of this neglected issue and to improve the lives and wellbeing of the workers themselves.

Thomas Clasen, the team lead, writes that “I think the most interesting issue is about justice…While sanitation workers perform an essential societal function, they are often neglected—not only by the communities they serve but also by the public health community.  We hope this research will draw attention to the special health risks that sanitation workers face, and the need to ensure that they receive the protective measures they deserve.” In particular, the paper notes, it is vital to address some of the most glaring gaps of the research on health effects: the effects on women, people who are informally employed, and people in low-income countries.

As Andrés Hueso González, a Senior Policy Analyst at WaterAid and a leader of the Initiative for Sanitation Workers (ISW) (described below), writes, this study and the way in which it highlights the gaping research gaps in the field, is a “wake-up call” for academic researchers and practitioners: “They should prioritise studies on the topic, in partnership with sanitation workers groups and local authorities.” He adds that these partnerships are vital in figuring out ways to improve the working conditions—not only to address health impacts, but to establish effective technologies and operating procedures, legal employment protections, and the freedom to assemble and organise.

In order to respond to the needs of the community and to address the research gaps highlighted above, the International Labour Organisation, the World Health Organisation, WaterAid, the World Bank, and SNV Netherlands Development Organisation, formed the Initiative for Sanitation Workers (ISW), a global advocacy partnership. Among other activities, this initiative has instituted a series of annual research awards for researchers in low-and middle-income countries, in collaboration with the University of North Carolina, the winners of which are announced at the University of North Carolina Water & Health Conference. The initiative is also supporting institutions and postgraduate students undertaking research on this topic.

These efforts are an important start, but much more remains to be done to fill in the many knowledge gaps on sanitation workers’ health and ways of bettering them. Improving the research requires careful coordination and collaboration to address the most vital questions first. To guide those discussions, in Fall 2022, WHO will publish a research agenda highlighting priority research needs related to sanitation workers based on input from both experts in the field and from workers themselves. Check back at this website for the final research agenda after its launch at the UNC Water & Health Conference in October 2022.