Sanitation Workers: Light at the End of the Tunnel? World Bank | 2019

Sanitation workers often face extreme health hazards and safety risks on the job. In many developing countries, they are informal workers with no legal protections or rights. With a lack of visibility in society, they can be stigmatized, marginalized and ignored. The feature story by World Bank presents an overview of the challenges faced by sanitation workers.

After a long day emptying septic tanks in Ouagadougou, Burkina Faso, Olivier Batoro emerged all covered in filth.  With no equipment to protect himself from the toxic gases, Olivier was dizzy and light-headed as he pulled himself up.  Minutes earlier, his ungloved hands retrieved a used syringe covered in sludge from a latrine.

“Our work contributes to society” Olivier said. “But people do not recognize our contribution.” 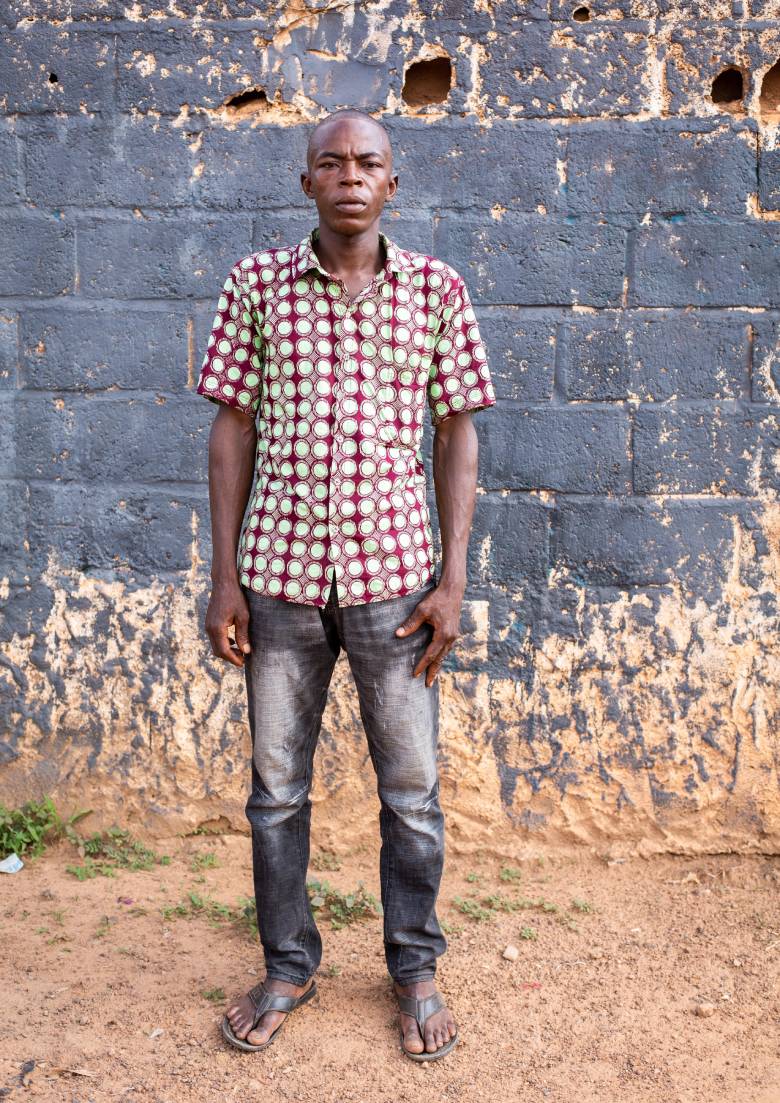 Sanitation workers -- the men and women who empty pits and septic tanks, clean toilets, sewers and manholes, and operate pumping stations and treatment plants -- provide a fundamental public service, yet often face extreme health hazards and safety risks on the job. In many developing countries, they are informal workers with no legal protections or rights.  With a lack of visibility in society, they can be stigmatized, marginalized and ignored.

To draw attention to this neglected issue, the International Labour Organization, WaterAid, the World Health Organization and the World Bank have come together to author the report, Health, Safety and Dignity of Sanitation Workers – An Initial Assessment. The four organizations released the report just ahead of World Toilet Day, a day about inspiring action to tackle the global sanitation crisis in which 4.2 billion people still live without safely managed sanitation and 673 million among them still practice open defecation.

As the first global effort to undertake advocacy regarding the conditions of sanitation workers in developing countries, the joint report presents case studies to help identify ways to improve their lives and wellbeing.

Exposure to toxic gases that collect in septic tanks and sewers can cause chronic coughing, fatigue, dizziness, and shortness of breath.  At very high concentrations, the ammonia, carbon monoxide and sulfur dioxide contained in the tanks and the pipes where they work can make sanitation workers lose consciousness or die. Furthermore, the persistent contact of the workers to the myriad disease-causing organisms in our fecal waste can have long term debilitating effects on their health, which can also lead to death.

Despite the risks and the dire conditions of their work, sanitation workers continue to do their job. “You say that the work is dirty, but there is no dirty work, only dirty problems,” says Inoussa Ouedraogo, another manual emptier in Ouagadougou. 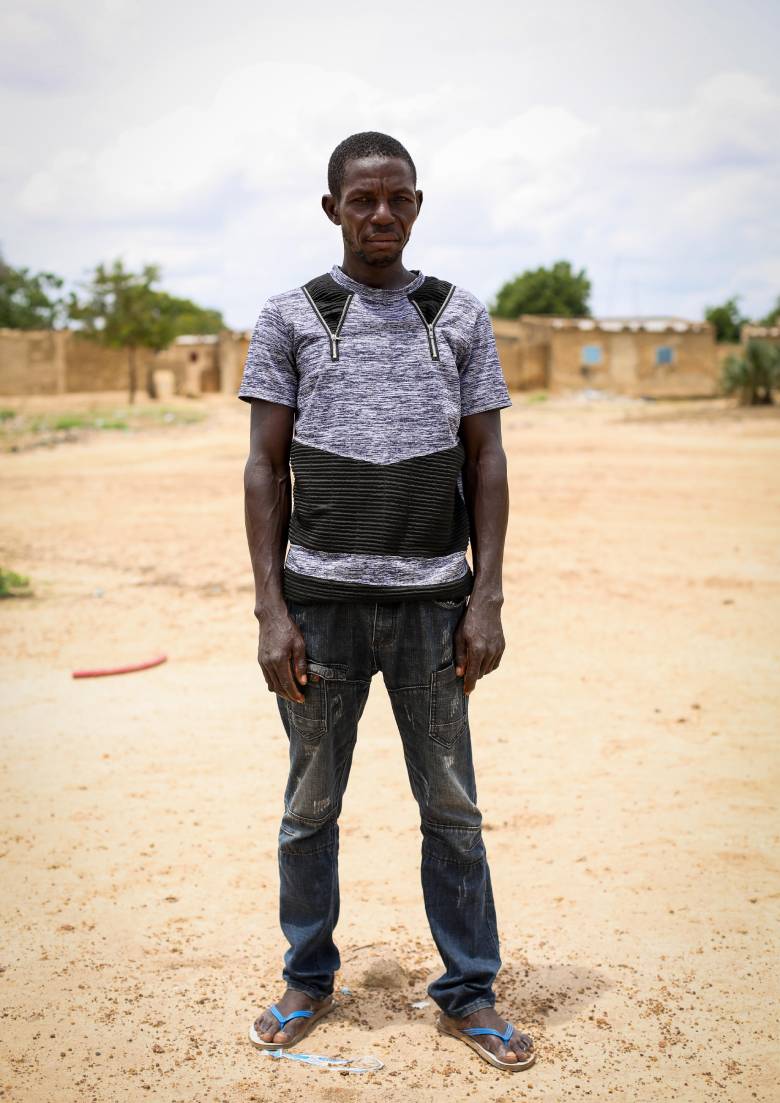 Uttam Kumar, of Khulna, Bangladesh, has been working as a septic tank emptier since he was 21. For him, protecting sanitation workers’ rights means a better future for both himself and his children.

Uttam is not alone. Sanitation workers range from permanent public or private employees with health benefits, pensions, and clear legal protections at one end of the spectrum, to some of the most marginalized, poor, and abused members of society who take on low-grade, labor intensive and dangerous work at the other end. We find that, in most developing country contexts, the latter situation unfortunately prevails. The work of informal sanitation workers is financially precarious, with poor pay and few benefits. They are often subject to weak legal protection, missing or weak standard operating procedures, and weak enforcement and oversight of laws and policies protecting their rights and their health.

"Our work contributes to society, but people do not recognize our contribution. "
Olivier Batoro
Manual Emptier, Ouagadougou, Burkina Faso

• Advocate for sanitation workers and promote their empowerment to promote workers’ rights and amplify workers’ voices through unions and associations.

• Build the evidence base to address the issues of quantifying the sanitation workforce and documentation of challenges workers face.

The good news is that a growing number of actors are working to address this issue. For example, India first banned manual scavenging in 1993 with the Employment of Manual Scavenging and Construction of Dry Latrines (Prohibition) Act. In 2013, the Prohibition of Employment as Manual Scavengers and their Rehabilitation Act (PEMSR) was passed, which prohibited the employment of manual scavengers and aimed to provide rehabilitation services for them and their families. In 2014, the Supreme Court of India ruled that manual scavenging violates international human rights commitments, and the Government recently developed an action plan to end direct contact with human waste.

Employing training, technology and the use of PPE have also proven to be effective. Juma Ng’ombo has been working as a sanitation worker in Dar es Salaam since 2003. He operates a machine called a gulper, which is used to empty toilets in crowded city settlements. “The gulper is helping us a lot, because it is able to reach all corners of streets and houses where big trucks cannot pass. When we are collecting the liquid waste, we protect ourselves by wearing gloves, boots, masks, and using sanitizer,” he says.

In 2017, the Association of Manual Emptiers of Burkina Faso (ABASE) was recognized by the country’s Ministry of Water and Sanitation for its work on improving the living conditions of sanitation workers in Ouagadougou. In addition to providing emptiers means to organize and advocate, the ABASE also offers training and capacity building, and assists in obtaining vaccines and equipment for its members.

In South Africa, eThekwini municipality is a well-known example of a water supply and sanitation service provider which provides strong leadership, customer orientation and technological innovation to achieve the national goal of providing sanitation services to everyone in a sustainable manner, while respecting labor and occupational health and safety (OHS) laws and mitigating occupational risks for its sanitation workers. Senzi Dumakude, a member of an eThekwini Municipality sewage blockage crew in Durban, says she is content with the job, thanks to the salary she makes and the stability which comes from being employed by the municipality.

“The things I like most about my job, I enjoy serving the community, making sure that our city is clean because when there is sewage obviously the community becomes so uncomfortable, so we are making sure it is safe,” she says. 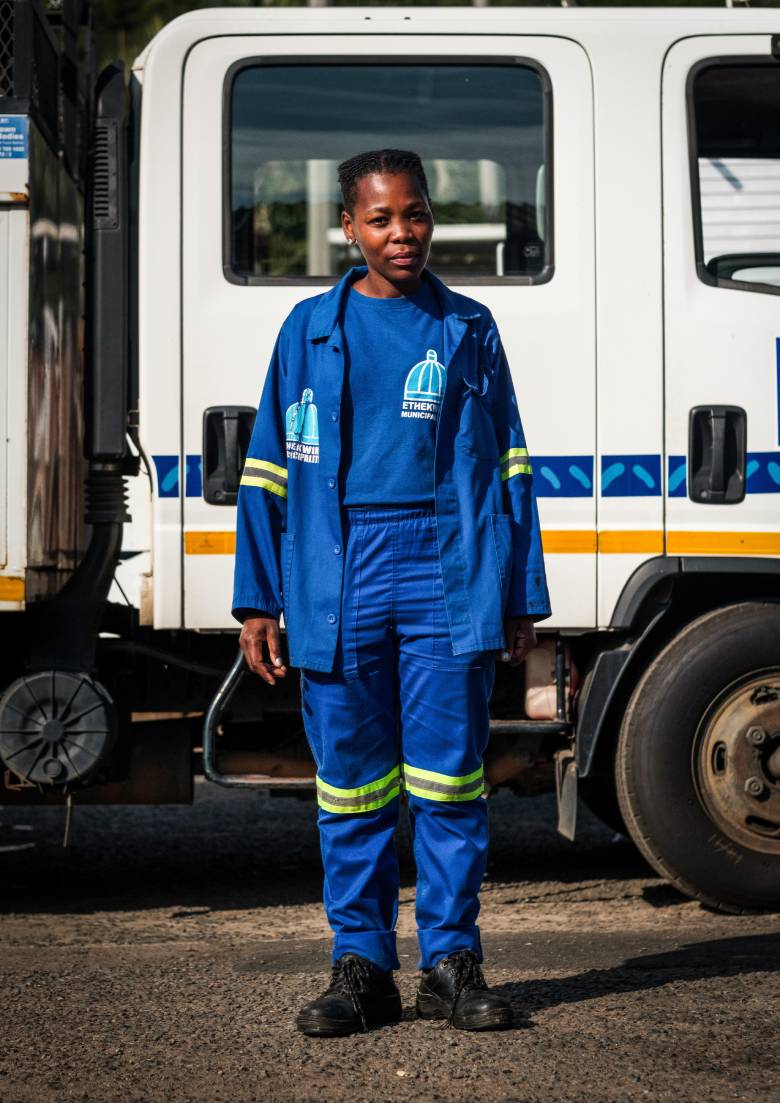 The theme of World Toilet Day 2019 is “Leaving no one behind,” which is the central promise of the 2030 Agenda for Sustainable Development. Access to hygienic toilets that properly manage waste is a basic human right, and one of the central tenets of Sustainable Development Goal 6. The world will never end poverty until everyone, everywhere has access to clean water, decent toilets and good hygiene. Nonetheless, measures aimed at improving the lives of those who work to bring us these essential services must also be implemented.

Sanitation workers themselves cannot be left behind.

The original article was published by the World Bank on November 19, 2019